The top executives at Cognizant talk about transparency, practical use of AI and retaining employees

A visit from Cognizant’s CEO, Brian Humphries is a big deal for us at Cognizant in Norway. The Irish head of the company wants to grow in Norway and announces a "significant increase" in the number of employees.

“I'll be there in five minutes, I'm just going to take a couple of selfies first”, says Brian Humphries, CEO at Cognizant. In a company with well over 300,000 employees, he is not on a first-name basis with most employees, but he makes time for those who are waiting outside the meeting room to immortalize the memory of the CEO's visit with a selfie. Head of Nordics Anne-Sofie Risåsen has to step up and be the photographer. After visiting four cities in India last week, and several offices in the USA the week before that, Humphries spent one day at the Oslo office before moving on to Stavanger and the ONS fair. The tour to meet customers and employees is part of the company's growth strategy.The company believes that, in Norway, we are far ahead of the pack when it comes to the practical implementation of artificial intelligence. 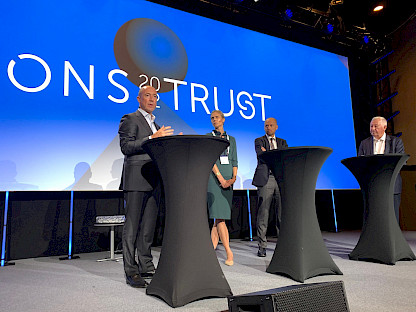 Brian Humphries, CEO at Cognizant, was speaking at ONS recently

Traditionally strong industries are also strong within AI use
“We have been talking about AI for many years now, and all over the world we have seen many trials and pilots. But now we see actual implementation and use to a much greater extent”, says Risåsen. In the Nordics and Norway, Cognizant contributes AI expertise within the shipping, the oil, food production and the seafood industries. “The seafood industry was using data to optimize the value chain and make the fish fresher early on”, says Risåsen. Drones, combined with image recognition and machine learning, detected rust on offshore platforms. On large ships, the company has been involved in deploying 200 sensors that will contribute to lower fuel use and make repair work more efficient. 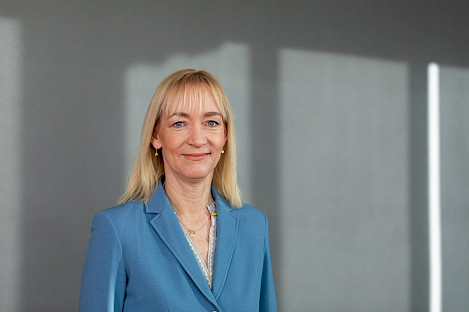 “We have seen up to a 30 per cent decrease in costs through the use of sensor technology and machine learning in the shipping industry”, says Risåsen. The traditional trades and industries in Norway are far ahead in adopting artificial intelligence, it seems. “Perhaps because they are already sitting on a lot of structured data. We see that the biggest use cases are in the established industries”, continues Risåsen. Something else that characterizes those who succeed is that they manage to start small, she believes.

Perfect pizza
One of the successful customers did just that. By using image recognition and machine learning, Orkla can remove pizzas that don't measure up and adjust the machine to increase the number of "perfect pizzas". Projects like these have become possible without sitting on huge data sets. “Five and ten years ago, many people believed that you needed huge data sets to get started. Today's AI specialists are much better at using smaller data sets combined with synthetic data”, Risåsen continues. “Things have become much more sophisticated”. She recommends companies look at the data they have and bring together professionals from all sides of the company to come up with completely new ways of doing things. “It is the creative use cases that are the best. All companies have different data, which they don't always see as valuable, but that is your pot of gold”, says Risåsen. One might expect traditional industries to be skeptical of major changes, but that is not the case, Humphries believes.

Transparency
“What I see in the Nordics is that companies meet innovation with great openness, a progressive attitude and a willingness to see and understand what is happening both outside the industry they are in and national borders”, says Humphries. Risåsen agrees: “In the Nordics, people are eager to try new technology. It is good for the global market that we can test things here”, she says. The two still see great demand for new technological solutions. “The challenge now is a lack of talent, and inflation”, says Humphries.

Will grow
“The reason I am in Norway is primarily that our strategy is to increase the international area of Cognizant”, says Humphries. The company earns around NOK 50 billion a year outside the US, which Humphries hopes will increase by 20 per cent. “The second is to strengthen our digital services, and thirdly, we want to go from being a company that sells resources to becoming a company that offers solutions”, says Humphries. To achieve this a local presence is needed, people who understand the market, the culture, and the language of the region. This is partly to be done through acquisitions, but also by “significantly increasing” the number of employees in Norway. In a hot market, that's a challenge.

Missing people
“Globally, we see a massive imbalance between supply and demand. One of the reasons is that everyone should become more digital, go to the cloud, and use data. More and more also see themselves more as IT companies, whether they are airlines or hotel chains”, says Humphries. To solve the problem, Cognizant is working, among other things, with massive recruitment straight from school. 50,000 graduates started jobs at Cognizant in India last year alone, a massive increase from 8,000 three years earlier. In Norway, more study places and more retention are needed, Risåsen believes. “Maybe you work at a bank and later in your career become more and more familiar with digital tools and can complete further education, is another way to recruit more people”, she says. In the Baltic countries, Cognizant is testing recruitment of people who have not worked in IT, give them six months of training before they are sent out to work for customers. It will still take several years before we are able to cover the need for technology expertise, the two believe.

Invests heavily in employees
“Last year we invested 23 million hours in learning and development”, says Humphries. This corresponds to over 65 hours of training per employee. If you invest heavily in your employees, you also want to keep them. Many companies have experienced a high turnover of employees in recent years. That trend is about to reverse, Humphries believes. “The number of resignations has decreased in recent months, and this is a sign that the trend of changing jobs frequently is slowing down”, he says. If people are to be retained, they must see that there are opportunities for new and exciting tasks, Humphries believes. “Compensation for work is no longer enough, people want opportunities”, he says. He believes that employees can get that at Cognizant. “We are a global company with some of the world’s largest companies as customers. Here, you can move both geographically and professionally”, concludes Humphries. For now, the car that will take Humphries to Gardermoen is waiting to take him on the first leg of his journey to Stavanger.