Cognizant Norway is delighted to announce the appointment of a new Country Manager from 1 April 2021. Operating from Oslo, Shahid Skar will be leading the Norwegian operations and will also join the Nordic leadership team.

Shahid Skar has an extensive track record in leadership positions in IT and tech companies, always with a strong customer focus. Before joining Cognizant, he was Associate Partner in IBM Global Business Services, leading innovation teams to help major customers harvest value from cognitive and cloud computing. Before that, he was the Senior VP of Industry Verticals at Intelecom and also held various positions at Microsoft and IBM. 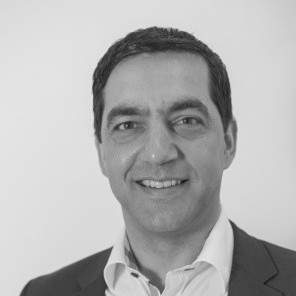 “I have followed Cognizant since its opening in Norway 2005,” says Shahid Skar. “The company’s dedicated start-up spirit, focus on customer-centricity and technology-agnostic approach, relying on partnerships, made me want to become part of the growth journey.”

As an acknowledged team-builder and a true people-person with broad domain/industry knowledge, Shahid Skar will build on Cognizant’s existing relationships with large companies like Aker Solutions, Orkla, Storebrand, MHWirth, Veidekke and Agder Energi. He will also be heading the development of new business within Cognizant’s fields of expertise.

“The pandemic has shown us how essential it is to be able to quickly adapt the business to remain competitive,” says Shahid Skar. “Cognizant offers a hard-to-beat combination of a global mindset and flexible onsite teams. Our capability to think big, start small and scale quickly to realize digital initiatives make us a suitable partner throughout every step of a company’s digital transformation, not the least now.”

He started his career in the Norwegian Defence, where he spent 12 years, with logistics as his specialty. Shahid also holds an Executive MBA in Economic Control from the Norwegian School of Business and Administration (NHH) and has completed the Royal Norwegian Air Force Academy.

What Does it Take to Lead in Digital Times?

Digitalization, upstart competitors, the need for breakneck speed and agility, and an increasingly diverse and demanding workforce require more from leaders than what most can offer. Check out our new survey with 4,394 global leaders.